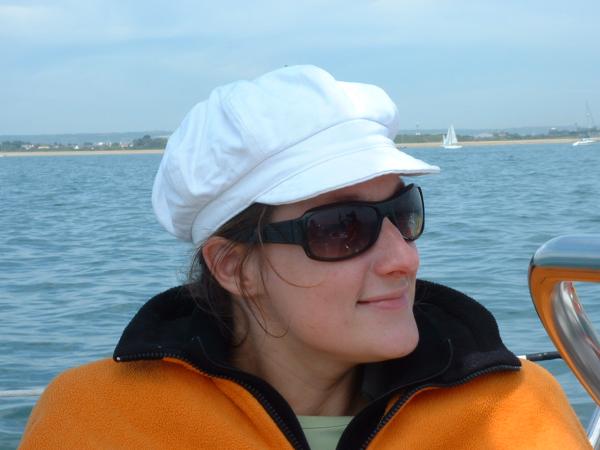 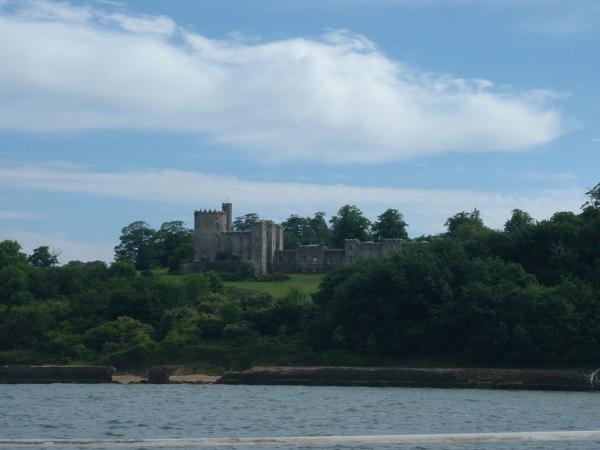 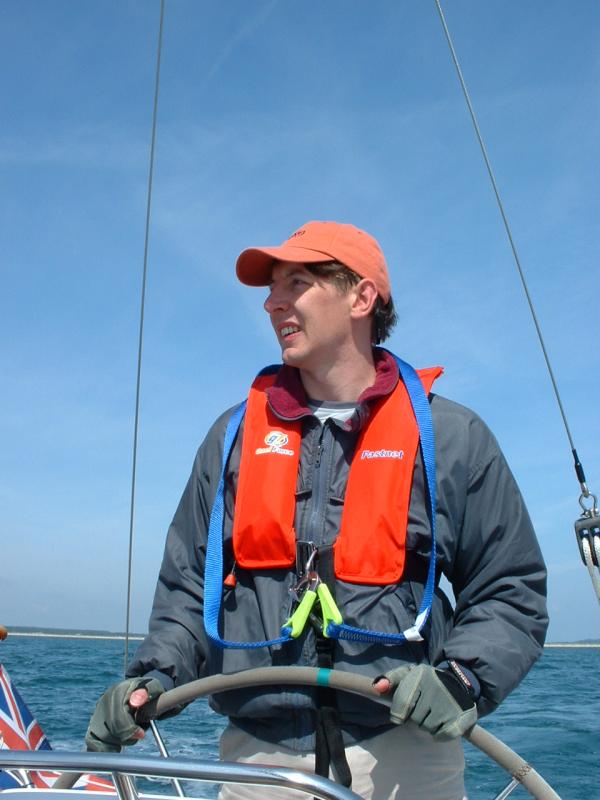 Tina and Nana in Dinghy 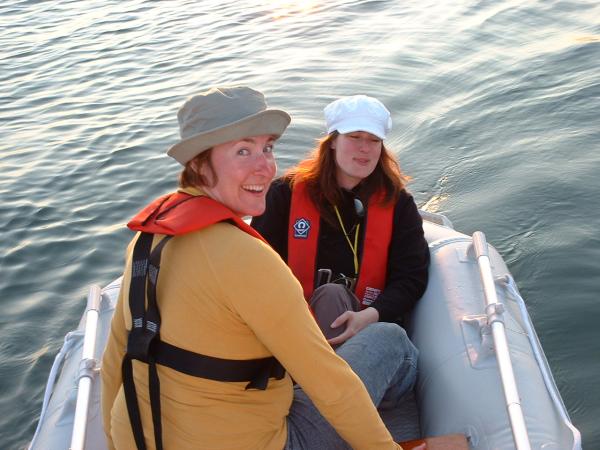 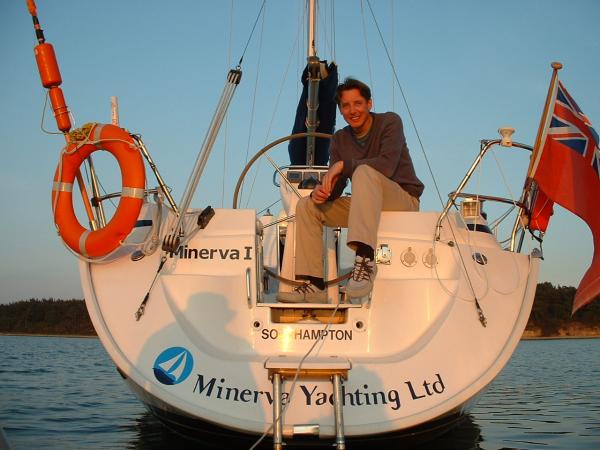 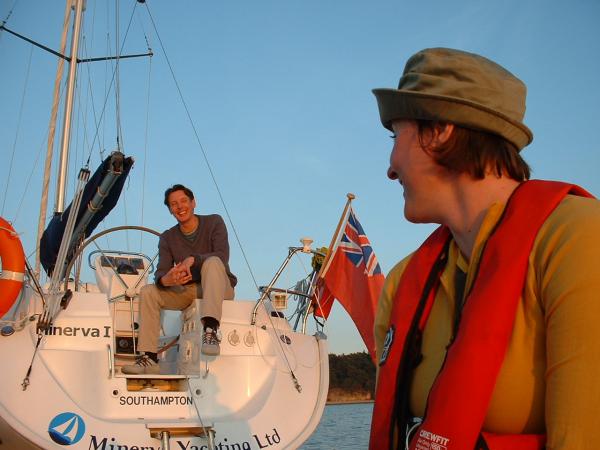 Riding out the bad weather below. 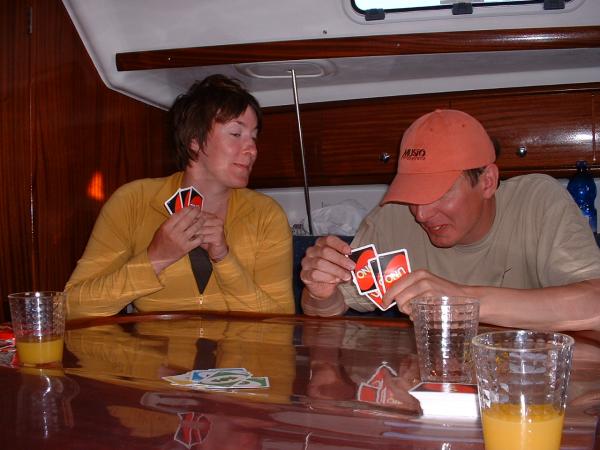 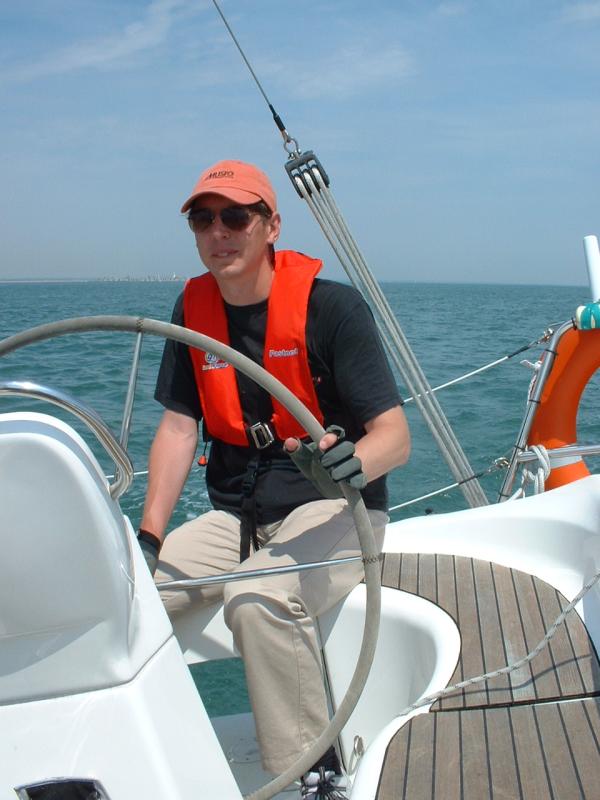 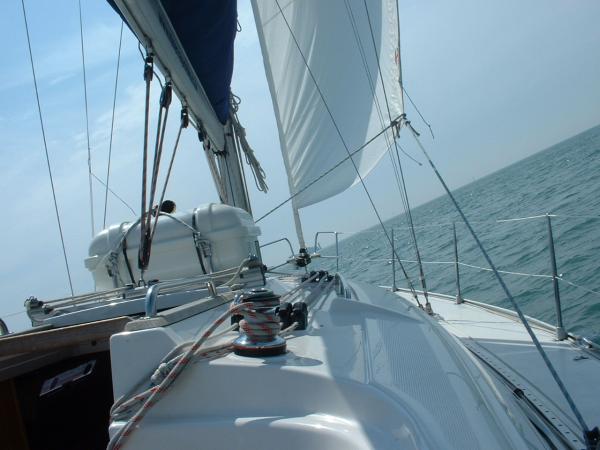 In the Anchor Pub, Cowes 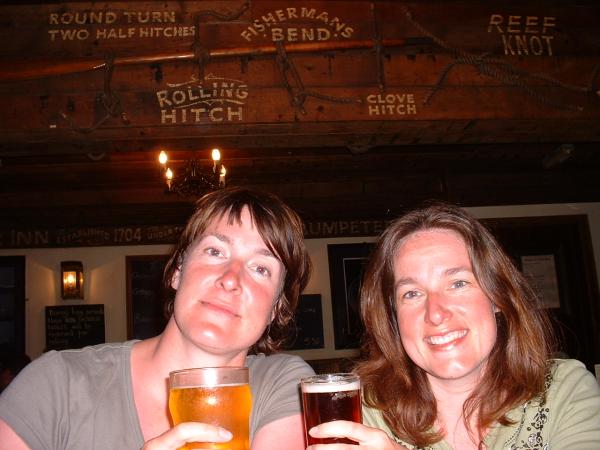 Mike and Tina on the Cowes Water Taxi 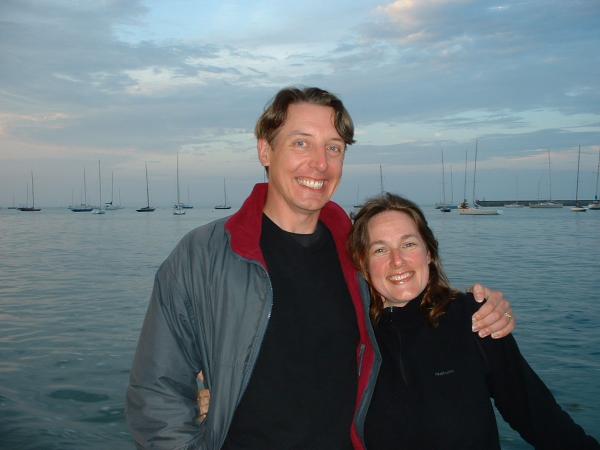 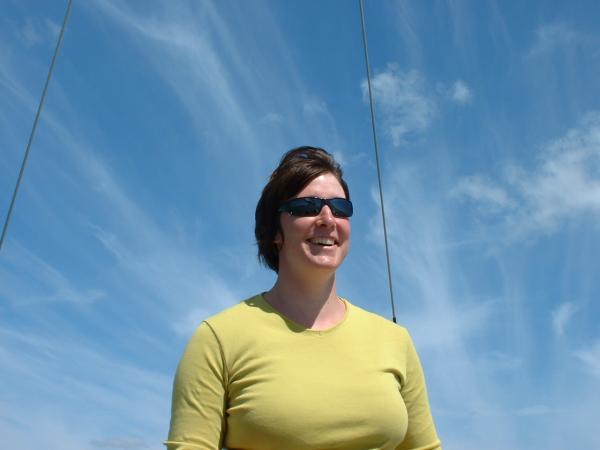 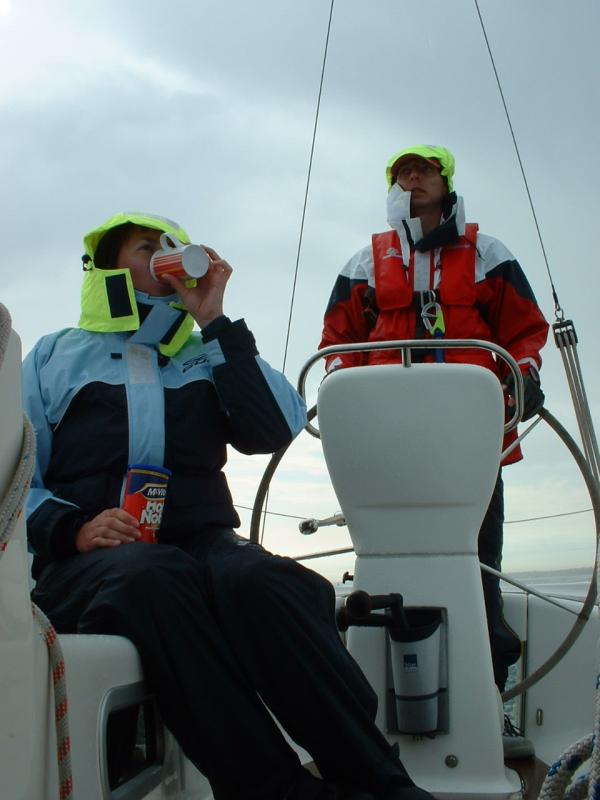 Yacht Chartering on the Solent

Having been raised in the Scottish climate I am always surprised when I go to the South of England how much nicer the weather is down there. This year's two week charter in the Solent and the area to the West seemed positively tropical with only one day lost because of high winds and no real rain to speak of.

We found that because of the close proximity of the varied harbours it allowed us to get a great combination of sailing and sightseeing without cheesing off the female crew with too much of the first.

For more detail on what the South coast was like to charter in please take a look at our log book.

The Company
Minerva Yachting is a small family run operation where the emphasis is on quality rather than quantity. They have four Bavarias which are kitted out to a very high standard.

Charter yachts in the UK invariably have a far higher standard of the safety kit aboard (thank you to the MCA for that) than say Croatian boats. Minerva's yacht was particularly excellent in this respect. Rarely will you see as many fire extinguishers on a charter yacht and it is refreshing to have air lifejackets supplied rather than their bulky foam filled brethren. Not to mention the boltcutters, superb binoculars and no less than three air horns. The less experienced or more forgetful crew members might also appreciate the laminated safety instructions posted throughout the boat.

In addition to the safety equipment other items ranging from the tender (a Wetline) to the winch handle pocket were equally great.


The Boat
Having braved a storm in a small Bavaria before I was more than happy to trust our wellbeing to a year old Bavaria 36. We had the three cabin model and it was just big enough for two 6' 3" people and one normal person to spend two weeks aboard. Partly this is helped by her being longer than her name lets on. The two cabin version would have been even better with its extra headroom in the heads ("headsroom"?).

Many people spurn Bavarias, criticising the mass produced GRP boats. Personally I think their criticism is a bit too harsh as the boats are suitable for what their owners would like them to do. Okay the smaller Bavs are not going to come off too favourably if you want to cross the Atlantic in them but their owners don't buy them for that purpose. Having said that I do think they need to have a wet locker and latches to keep the doors open. My gravest reservation about the Bav 36 though would be that the mainsheet, which finishes off at a winch on the coachroof is inaccessible for the helmsman to release if the boat should broach. She handled well but I did find her tricky to turn to windward at slow speed in some of the Solent's tighter corners.
-