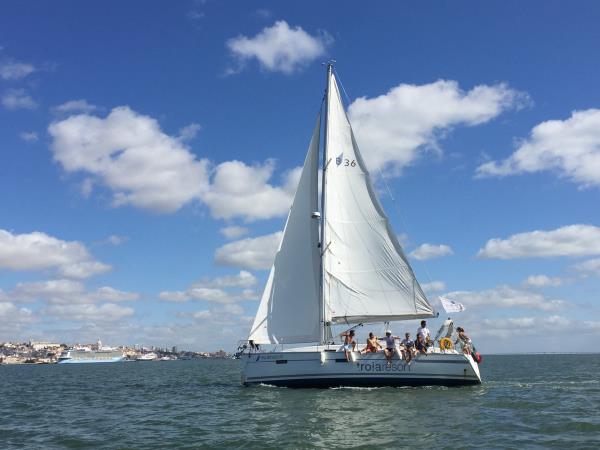 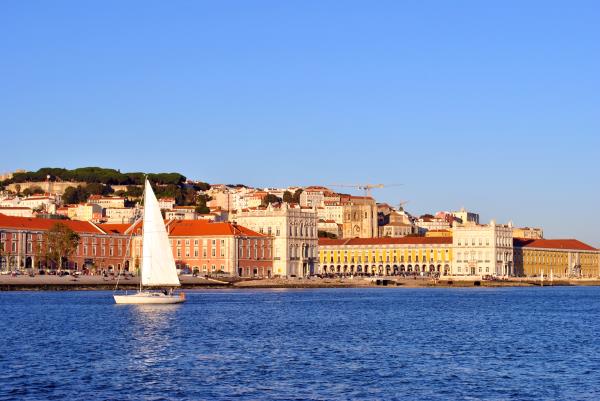 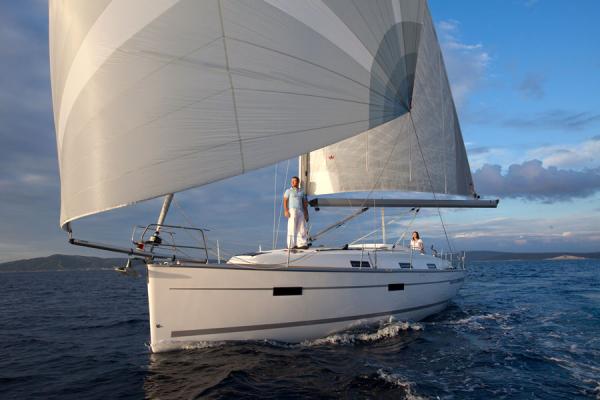 In the 15th and 16th centuries famous sailors such as Vasco da Gama, Pedro Álvares Cabral and Ferdinand Magellan set off from Lisbon to discover much of the world. Now in the 21st century much of the world is finding that there is much worthy of discovery in Lisbon and the surrounding coastline.

But let us first of all address the elephant in the room that is this nation on the Atlantic. Is it not too windy for me? I am glad you asked because it was my first thought too but it turns out that the strength of the wind is one of the reasons why you should try sailing in Portugal for a change. The portuguese coast is far from the wave hammered place that you might guess it is. This is not the violent Bay of Biscay, nor is it the becalmed Costa Del Sol. According to Meteoblue Portugal’s air moves at a very convenient average of between force 2 and force 5 (i.e. a light breeze to a fresh breeze) for much of the year, allowing you to explore the coastline without having to frequently resort to firing up the iron donkey. Generally the wind comes in from the northwest so if setting off on your charter in a southerly direction it makes sense to allow extra time to beat back up the coast. Rain is unlikely to trouble you during the summer months but is worth noting that there will be some wet days offpeak, but again not nearly as bad as you would expect for an Atlantic nation.

The coastline is a lovely place to explore with a selection of golden beaches to choose from. This is reminiscent of the fine beaches in the Hebrides of my native Scotland, although this Portuguese version is somewhat warmer! Of note is the town of Cascais which is about 15 nautical miles to the west of Lisbon. This area has become increasingly popular as a sailing venue over the years with none less than the following events taking place there:

Indeed the Volvo Ocean Race set up their permanent boatyard in Lisbon last year and it is well worth a look when you are at the race village.

The area around Lisbon has a selection of deltas, rivers and bays to explore and shelter in as well as a good choice of harbours and marinas. It is well worth asking your charter company (e.g. Palmayachts) for recommendations while you are there but if you are able we would recommend that you head south out of the River Tejo, around the cape at Espichel so that you enjoy the quiet beaches of Arrabiba and include a trip to the new Troia marina, hopefully a trip on which the dolphins will come to play around your yacht. From here you can enjoy yourself by carrying on heading south towards Sines and then the Algarve. Remember though that you have to head north again at the end of the trip so it is best to leave plenty of time for your return journey. You will probably have to tack home but you might be lucky and be accompanied by a fortunate WNW ...and more dolphins.