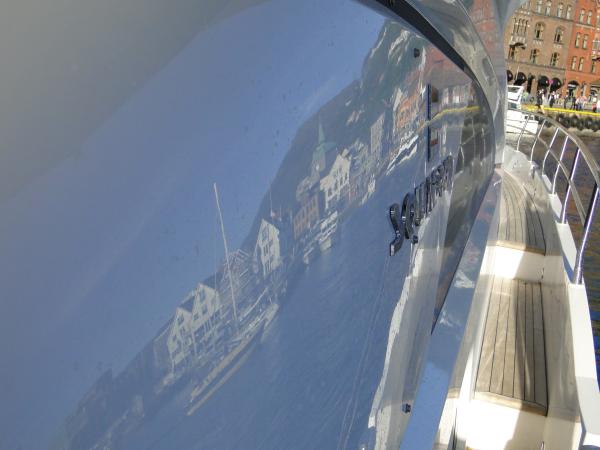 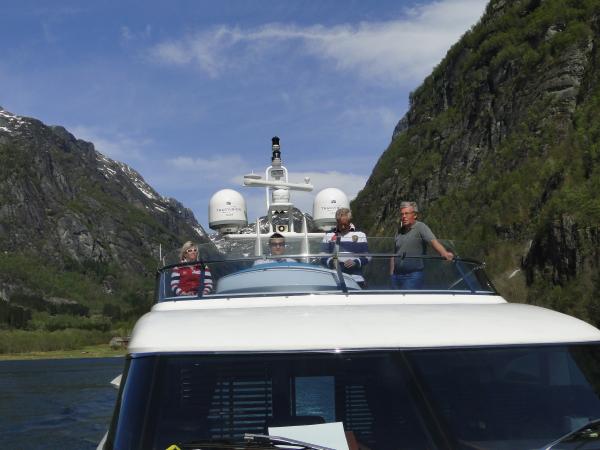 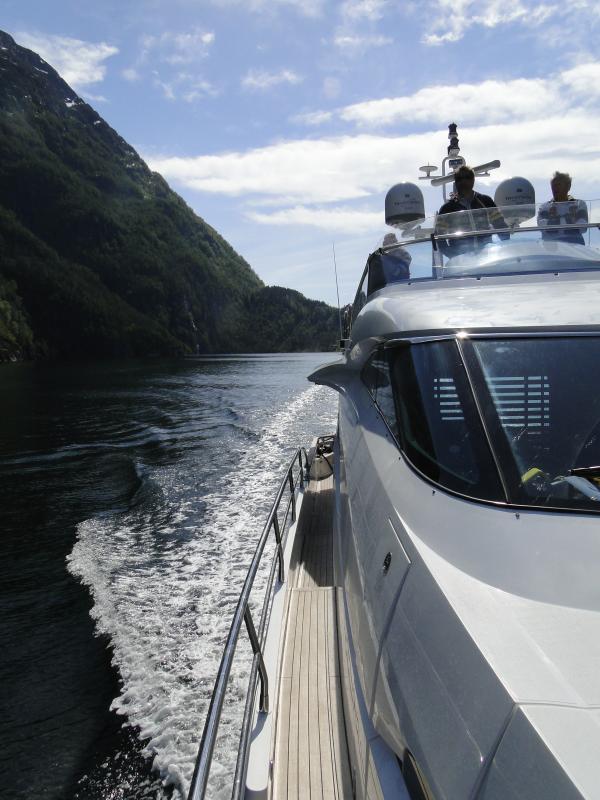 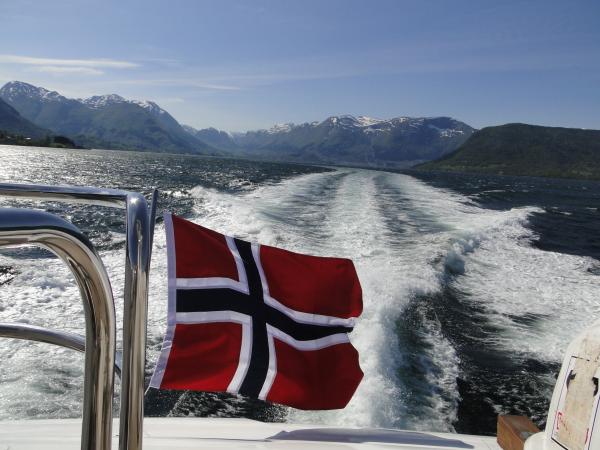 Motor Yachts on Pontoon at Sunset 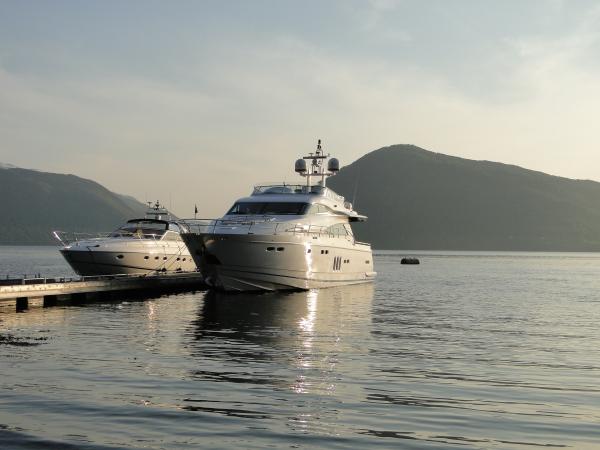 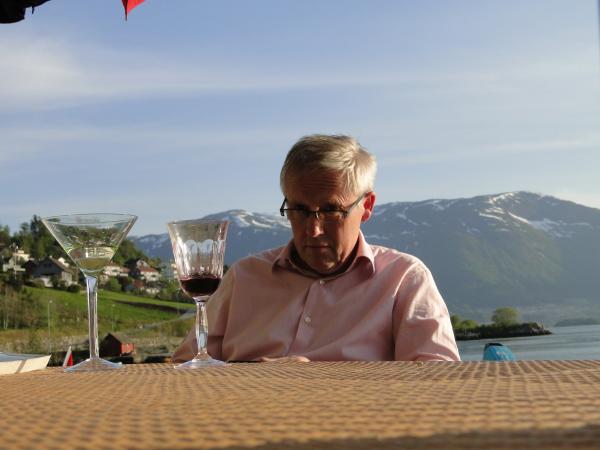 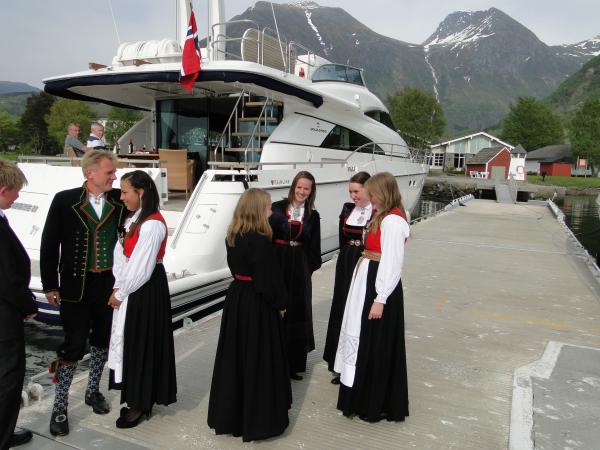 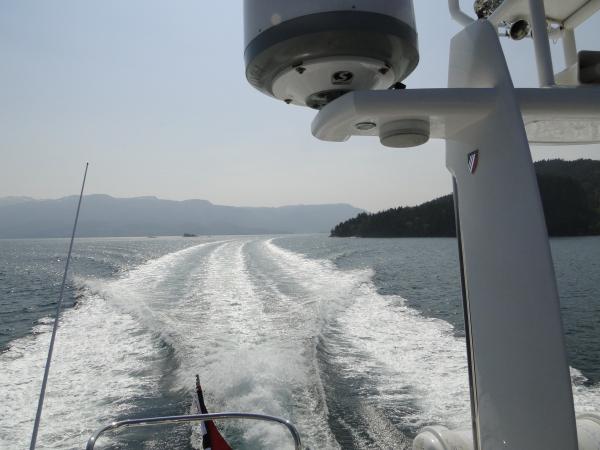 Different people on the yacht uttered the same word, "fantastiche", as we ventured further into the fjords. It was not spoken by those new to Norway, the skipper and the other two colleagues were all native Norwegians with thousands of miles fjord miles between them, yet they were still in awe of the beauty and scale of the fjord. They were not alone. As I tried to capture the majesty of the fjords through photographs and video I found their scale was almost beyond comprehension. Our trip with Bergen Yacht took us south and then east into Hardangerfjord before returning to Bergen. This took us through a lovely mixture of interesting islands and soaring fjords. Being on our own private yacht gave us an intimacy with the surroundings that cruise liners do not get. We were very much in nature, not looking at it from a distance. This connection with nature felt extra-special when we sailed down the beautiful Fyksesund. The shallow draft of the yacht meant that we could sit within a metre of some crystal clear waterfalls that made their way down from the mountains. The climate was also very nice (our trip was in early May) and is certain to come as a pleasant surprise to many of the guests to this part of the world. Despite snow capping the mountains the sun shone in a blue sky throughout our trip and the temperature was around 20 degrees Celsius. A combination of long summer days and being at the receiving end of warm Caribbean airs via the gulf stream make this a nice place to be. In the "Hitchhiker's Guide to the Galaxy" Slartibartfast won an award for his work on Norway. I doubt it was really him that created the fjords but the landscape certainly deserves an award.

The beauty and grandeur of the fjords was not the only highlight of the trip however. The standard of living in Norway is amongst the highest in the world and the selection of restaurants we visited along the way were first class. The restaurants we moored alongside and dined at included the seafood restaurant Cornelius where the owner dives in the surrounding waters to catch the freshest ingredients, Rosendal Fjordhotel which has stunning views across a bay, and the ornate Utne Hotel dating back to 1722. If even more intimate, personalised catering is desired this can be provided aboard by chefs from Michelin restaurants in London, Nice and the Norwegian Royal Yacht.

Our home for the trip was a beautifully made Fairline Squadron 68. Upon walking into the main saloon you are struck by the craftsmanship and the quality of the materials used. Carrying on down into the staterooms where this opulence, if anything, improves further. These are a beautiful, comfortable and spacious areas to relax in. Despite being so comfortably appointed the Squadron 68 was no slouch, with a top speed of 35 knots she can cover a lot of ground when you'd like her to, without compromising on ride quality.

As Good as it Gets?

A luxury charter in the fjords certainly makes for a spectacular alternative to more crowded parts of the world such as the Med or the Caribbean. The locals are friendly, the is food great and you are guaranteed to come home with photos that will amaze your friends. If you are after a relaxing holiday then this is about as good as life gets.