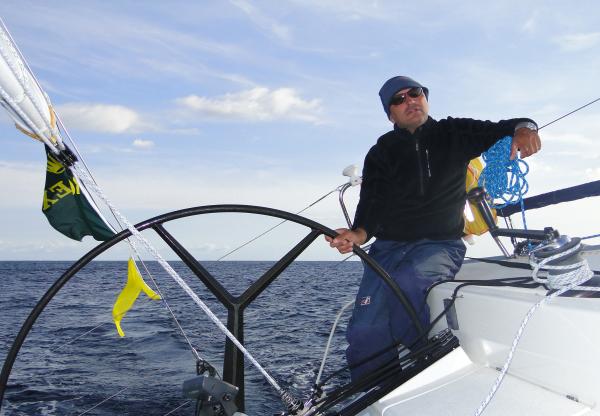 Paul and Jas on the Rail 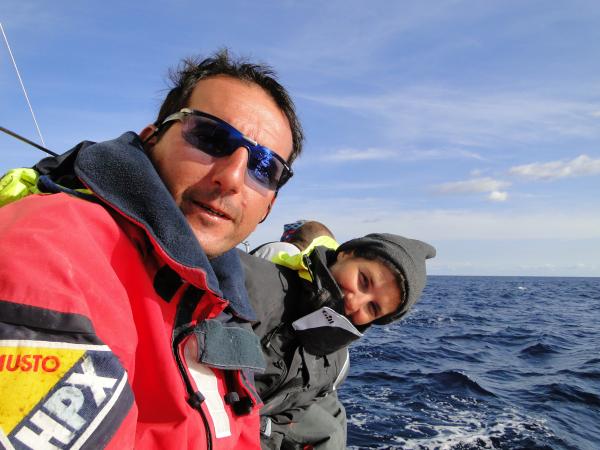 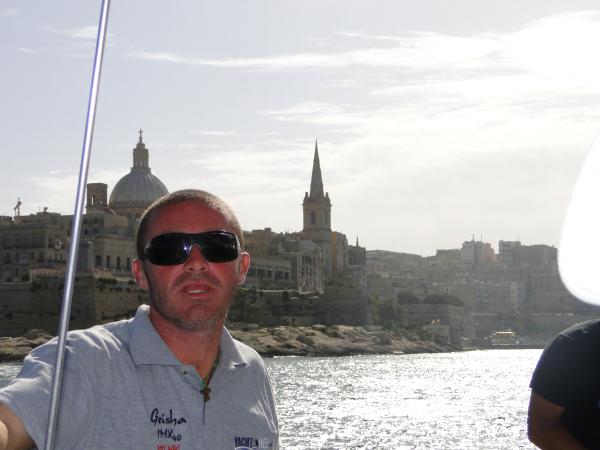 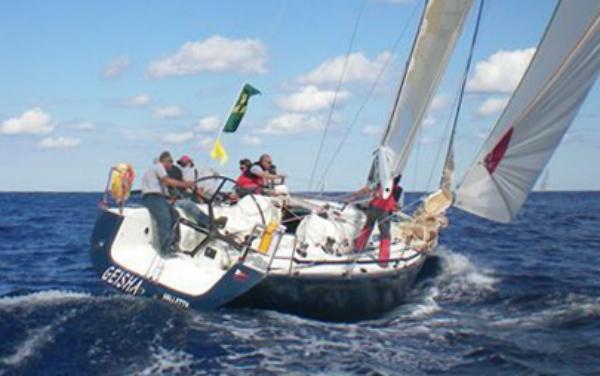 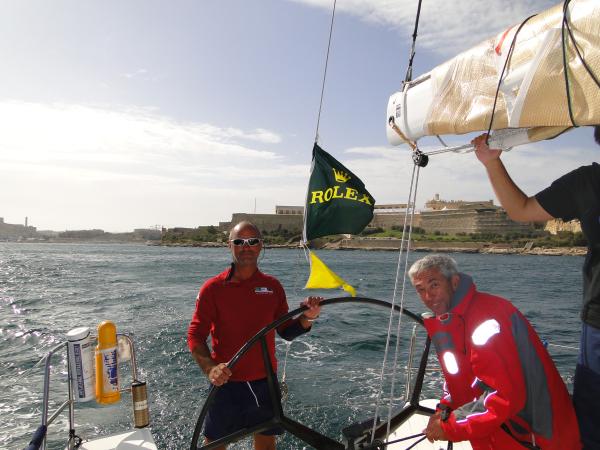 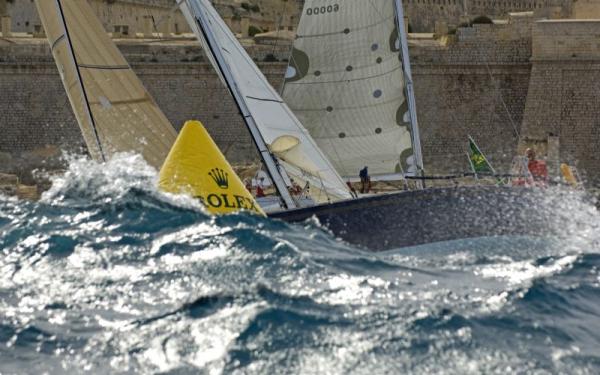 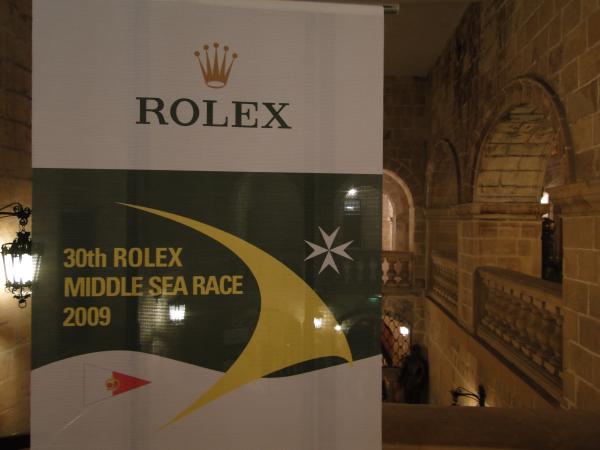 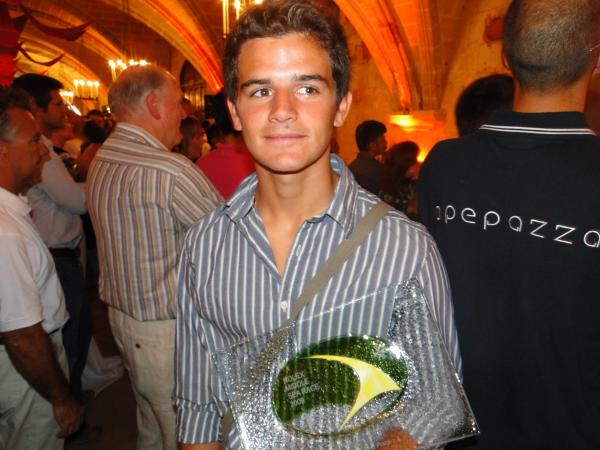 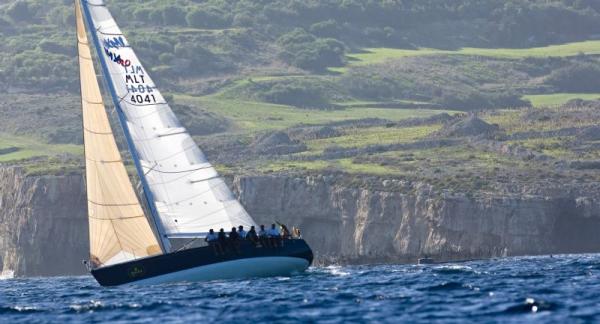 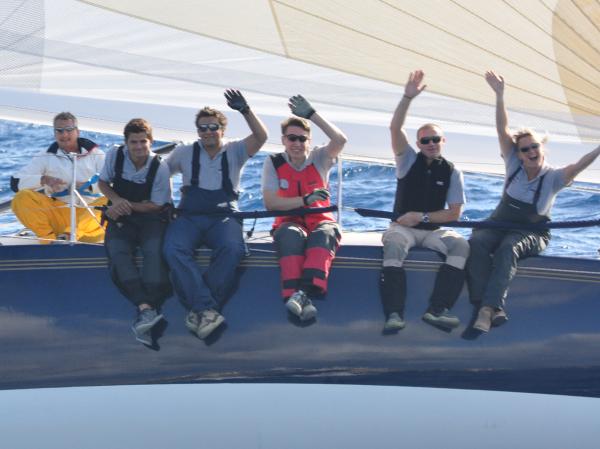 Crewing on a Racing Yacht

At a time when the number of international yacht racing events is dwindling as their sponsors tighten their belts Rolex's sponsorship of long-running offshore events continues unabated. Their trio of the Fastnet, the Sydney-Hobart and the Middle Sea Race continue to be the most popular and toughly fought regattas. These events appeal to experienced sailors who dream of taking on a gruelling adventure alongside the world's top sailors aboard astonishing yachts. Unless you know the right people or are fortunate enough to be professional crew, the dream remains just that. Fortunately a few charter companies and sailing schools offer the opportunity to buy a crew place on their racing yacht for a few thousand euros so that you can fulfil that dream.

I joined Dave Pizzuto aboard Malta XYacht Charter's Geisha for the 2009 Rolex Middle Sea Race. This race is described as the most beautiful offshore race in the world. The 606 mile course begins in Malta and takes the yachts around Sicily and the active volcanic islands to return to Malta for the finish.

I could hardly have joined a more experienced crew for this race. It was Dave's ninth campaign. I was the only crew member, out of ten, that had not done the race before. The boat was also set up to give us the best chance at success. Geisha, an IMX40, is extremely well maintained, clean, orderly and well equipped for racing. In particular, a great deal of money had been invested in preparation by faring the hull and creating an advantageous sail inventory.

The build up to the race start in the Grand Harbour is a memory that will most likely remain with me for ever. It is not every day that you rub shoulders with yachts such as Leopard 3, Ran, Ericsson and Luna Rosa out on the water. Our class, IRC 4, was the first to start. We were beautifully positioned at the windward end of the cramped line to make it out of the harbour in a single fetch. It was an amazing feeling to take the lead and be the first out of harbour with an amazing view of the yachts behind us. We continued to lead the pack for the next hour until the inevitable happened and Leopard 3 whooshed past us. To be able to race against yachting giants such as her is part of what makes this race special but the real competition was against the yachts in our class. Some of these rivals come from afar (such as Three Sisters from the Czech Republic) whilst other skippers (like Arthur Podesta who has competed in all 30 Middle Sea Races) are local nemesi. The nature of the course means that you are seldom far from land, and therefore Internet access. This allowed us to regularly access the RORC tracker (which monitors each racing yacht) as well as the latest news to see how the competition was progressing.

I had come to the Mediterranean expecting light airs and gentle seas. This was not unreasonable considering the weather on my visit to Croatia the month before, but it could not have been much further from the truth on this occasion. In many ways the weather reminded me of sailing in my native Scotland with gale force winds, squalls and a confused sea. The only difference being when a wave did slap us in the face, it was a pleasant 25 degrees centigrade. Those that have sailed in these conditions would know that the basics of life aboard become tricky. Again, the preparation and experience aboard Geisha and of her shore team was clear. An entire four day menu plan of delicious home made precooked frozen and vacuum packed meals had been prepared. While other crews were struggling to prepare boil in the bag "meals", we had plentiful hot, filling food while dining al fresco on the rail.

The scenery and the wildlife we raced past made the trip even more interesting. Not only did we pass the active volcanoes of Etna and Stromboli and see the lava fields at night; we also saw many playful dolphins, flying fish and my first ever turtle (very cute).

As we entered the final quarter of the race towards Lampedusa, and then home, it was clear that there was everything to play for and we were going to give it our all. We wanted a podium finish and would do all we could to secure it. As is Geisha's tradition, the watch system was ditched for the final spurt. It was all hands to the rail in order to make the most of every knot of wind that Mother Nature was sending our way. After a total of four days, three hours and 37 minutes we crossed the finish line to the cheers of the crowd at the Royal Malta Yacht Club to grab third in class by a margin of only 55 seconds!

It would not be fair to finish this article without mentioning the on shore social scene that accompanies a race such as this. Rolex knows how to throw a party. Their pre-race crew party and the final awards ceremony are lavish affairs and well worth taking part in.

I would not recommend a race charter to everyone. If you appreciate comfortable living and a relaxing break then there are more suitable charters for you and your family (which Geisha can provide when in cruising mode). If, however you want to experience an exhilarating new challenge and make great friends as you strive towards a common goal then crewing on a racing yacht will give you that buzz.